There was a thread about Qt for Python on Hacker News last week. In case you don't know them: Python is an (awesome) programming language. Qt is a framework for displaying graphical user interfaces. fman combines these two technologies to implement its functionality.

Anyways, because fman is based on Qt and Python, it was natural I chimed in (read: spammed) the thread to mention fman and its build system. My comments were very well-received (not a given on Hacker News). But what was even cooler was that several people seemed to already know about – and like – fman: 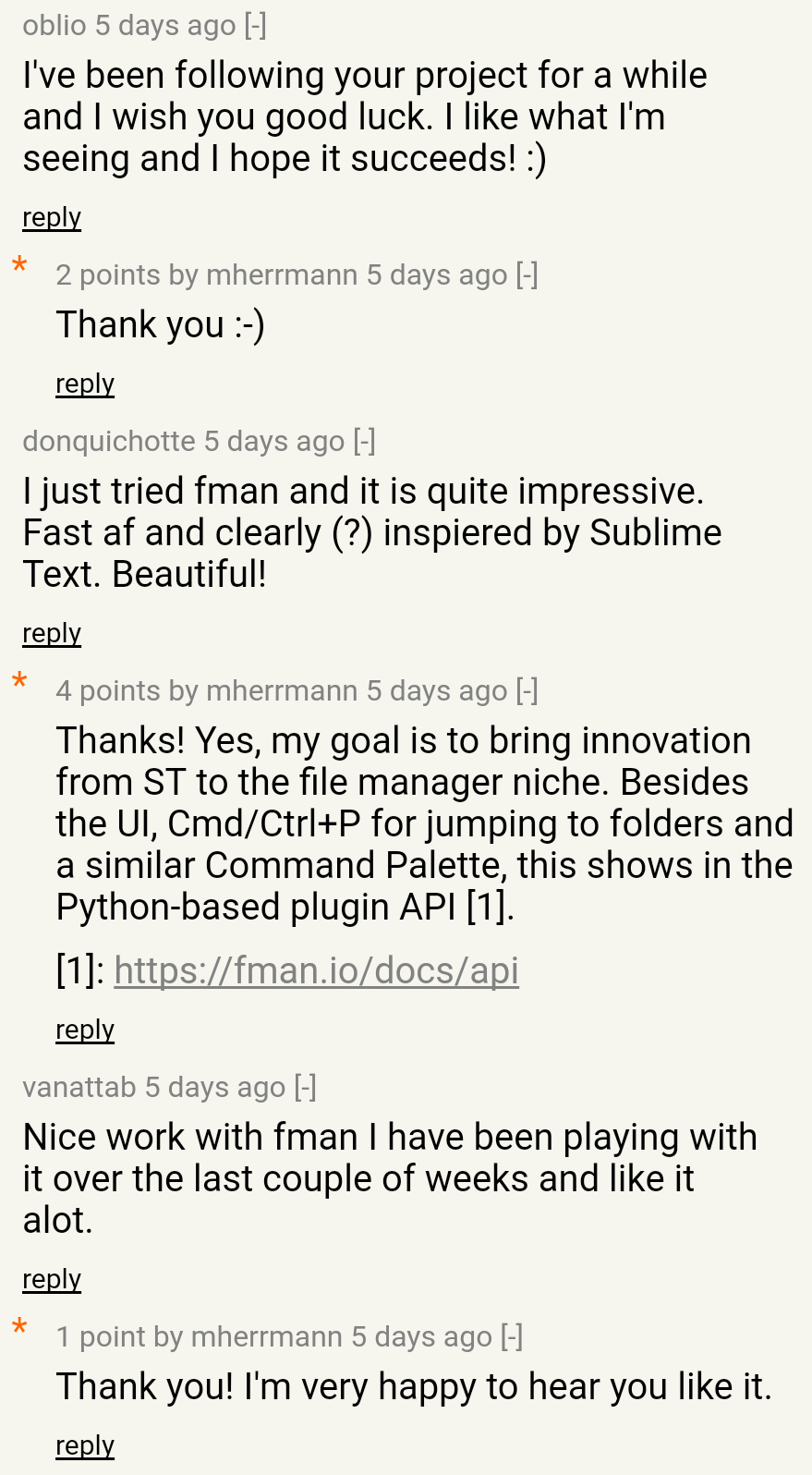 Work is continuously being performed to further improve fman. The next release will make opening directories significantly faster. You will find out here once it's live. So stay tuned! :-)