Gosh. A lot happened in the last few days. 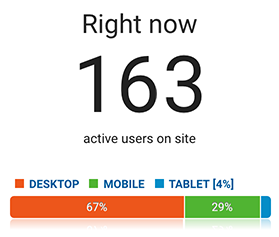 Maybe a little background first. fman, my file manager, has been in the works for slightly over a year. The first version came out seven months ago. Since then, fman has been in closed alpha, meaning that you had to leave your email on the home page to get access.

After last month's release, a few users asked "what's next?". On a whim, I replied "fman will leave closed alpha next month!". I had no idea what that would actually entail.

I've never really understood what it means to "launch". I mean, fman's web site has been online for a while. The new ("non-alpha") version wouldn't be radically different from previous releases (mainly because I like to release frequent, incremental updates). So what's the point?

One thing I knew was that I would have to start charging for fman at some point. A "launch" gave me a good excuse to say "fman was free to use while in closed alpha, but now I'd ask you to please get a license if you use it regularly." I charge for fman not to get rich (I don't think it's possible in that niche). But because I see it as the only way to sustain its vision. 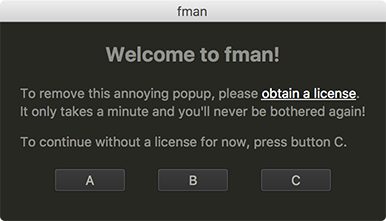 In hindsight, I believe "launches" aren't really about products magically popping into existence out of thin air. Instead, I think they're mostly just marketing stunts.

On February 6 I announced that fman would leave closed alpha on March 1. That gave me 22 days to figure out a licensing scheme, code up a purchasing page, write a Licensing Agreement etc. Not a lot of time for all these tasks. But it forced me to focus on what's important and make sure I get something out the door.

I recently formed a mastermind group with a few friends who are also self-employed. The cool thing is, they're mostly marketers. They sell online courses like "how to stop smoking with hypnosis" or "how to win customers on Facebook". Totally not my alley (which is programming). But invaluable for me for learning about marketing.

Anyways, we meet up once every three months, discuss our businesses and set goals we want to reach by the next quarter. In our first meeting, I said I wanted to get to 200 closed alpha users. Big laughs all around. They said "dude, I can get you 1000 by tomorrow". So I said "okay! 250". This lead me to submit fman to BetaList, which actually did bring 1000 new closed alpha users.

The marketers highly recommended limiting the license sale in both time and quantity. It felt foreign to me at first. But, I did want people to make a decision. If you tell me "you can buy this now, or whenever" then it takes me forever. But if you say "hey, you have three days and it's the best deal you're ever going to get", then it's a no-brainer.

The reason why I wanted people to decide quickly is that I wanted to see "who's in". fman is a commercial project. As such, it needs to appeal to its paying users. Limiting the sale let me find out who these people are. I was later criticised for this (see below).

"Launch day" came, and my expectations weren't overly high. Leading up to the launch, I thought it would be really cool to get on Hacker News and Product Hunt. I strongly identify with the crowd on HN and had always dreamed about fman appearing there, especially because I feel that HN's target audience aligns very much with mine. But I didn't think I'd be able to make it to the front page. And sure enough – when I submitted fman to HN, it received some attention and encouraging feedback, but disappeared into oblivion pretty quickly.

Meanwhile, the "launch" to my existing users went well. From the closed alpha, I had a mailing list of a little over 1,200 people. I emailed them when the launch started. I sold 25 licenses in the first 12 hours, and another 25 or so in the 24 hours after that.

What was really interesting though was an email I had received in the night after the first launch day. It was from Daniel, a HN moderator. I had posted on HN with title "Launch HN: fman – file manager for programmers". He said the "Launch HN" prefix was reserved for YC startups. And! fman looked like a good post and he could put it in the second-chance pool. I hadn't known of this before. It artificially places a post on the front page for a few minutes. If people like it, it stays there. Otherwise, it falls off. Daniel asked when would be a good time for me so I can participate in the thread if comments appear.

I was previously interviewed about an older project of mine on Indie Hackers. Courtland from IH has a lot of experience with submitting stories to HN. He said at the time that Thursday and Sunday mornings around 11am PST are great, because there is little competition but still lots of traffic. As it was a Thursday, I told Daniel to make it 11am PST please – 8pm my local time.

Daniel didn't reply. So on Thursday late afternoon I went to Salsa class as usual with my girlfriend. (By the way: Especially if you're single, take a Salsa course. If you suck at dancing like me, practice beforehand. It will be appreciated ;) ) We got back at 7:30pm. Still no answer from Daniel so I sent him a quick email. He did reply this time and said fman would appear on the front page soon!

I didn't know what to expect. I thought fman would fall off after a few minutes. But it stayed there. Oh boy, did it stay there.

Encouraging comments started to pour in. My favourite one was:

The speed and efficiency of Norton Commander was amazing. Happy that people bring it into our century.

Traffic to fman.io surged. Within a few hours, the remaining 50 licenses were sold out.

That's when negative comments started to come in. People didn't understand why the number of licenses was limited. Several Linux users harshly criticised that fman installs a cron job that runs once a day and checks for updates. Both criticisms were warranted and I'm working on fixing them.

An influx of traffic like this is a huge opportunity. But how do you capture it? The answer is email. Let visitors subscribe to your newsletter. Many will gladly do it. I didn't have a sign-up form on the home page and thus missed the opportunity to reconnect with thousands of people who were keenly interested in fman. 😔

New licenses will be made available next week. I'll also get rid of the cron job on Linux. Then: Make paying users happy! :-)