fman just got its 1000th closed alpha user!!11one. Time for a little recap.

(If you don't know fman: It's a cross-platform file manager that lets you work with files much more efficiently than Finder on Mac or Explorer on Windows.)

Full-time work on fman started in February 2016. I was on the Canary Islands at the time, making use of my location independence as a bootstrapping entrepreneur. Here's the view from the (awesome!) hostel I was staying at: 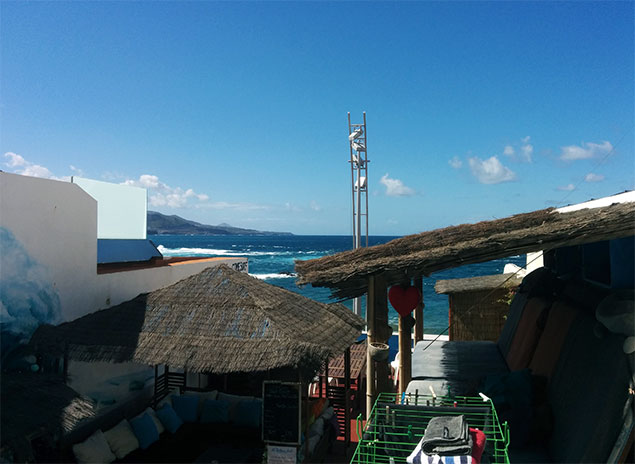 I was working from a nice little coworking space in Las Palmas, called CoworkingC: 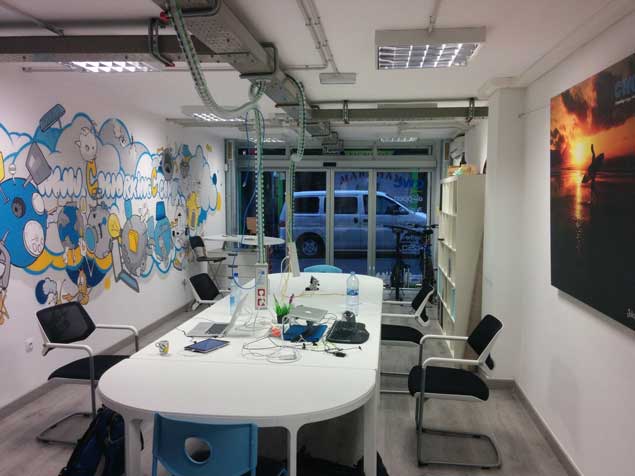 My previous businesses were providing me with a modest but stable passive income and I was looking for my next project.

I had switched to Mac in 2014 after many years on Windows. One constant annoyance was that there was no good Mac alternative to Total Commander, the file manager I used to use on Windows. But also on Windows, TC was showing its age, especially when you compared it to more recent tools like Sublime Text or Atom.

That's why I decided to see if a modern, cross-platform file manager would be a viable next project. Before diving into any new project, I like to conduct thorough online research to see if there is already an existing solution – nothing is more wasteful than spending months implementing something, just to realise that it already exists. I found that there are already 94 file managers on the market: 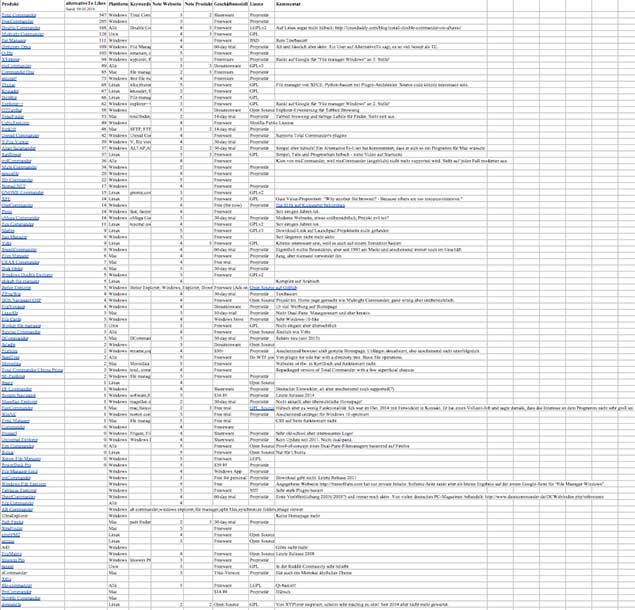 Could I really make a dent in this space, given that my solution would be #95? I think so: Most existing solutions are for a single platform only. None of them incorporate the slick features and design of Atom or Sublime Text. And from personal experience I know that the existing tools for Mac in that space simply aren't very good.

After another month of research – what name to use (fman for "file manager", concise much like the product itself), which GUI technology to use etc. – the first commit was made:

It took another whopping three months to get this very first version to a state I was comfortable sharing: fman for OS X was released on July 18, 2016. It already looked pretty similar to what you see today:

Of course, it was still missing many essential features. But, the first user feedback started pouring in. So I created a public board on Trello to keep track of feature requests and let users vote on their favorites. The board has been a very valuable tool since then for deciding which features to focus on.

Not even a month later, fman came out on Windows. That a release for an entirely different operating system was possible so quickly was largely thanks to the fact that fman is based on the cross-platform GUI toolkit (Py)Qt.

As for Mac and later the Linux release, a large part of the effort for the Windows port went into implementing automatic updates. In my opinion, a modern app should be able to update itself automatically. And I mean automatically. I hate nothing more than apps prompting me "new updates available" when all I want to do is get some work done.

After several smaller releases, fman's first killer feature was implemented: GoTo on Steroids. It lets you jump to directories extremely quickly, without having to manually manage a list of favorites:

In the months that followed, it was great to see fman's user base expand. A user called GoTo on Steroids "literally the best thing since sliced bread". The first user-contributed plugins appeared (another feature that sets fman apart is its Python-based plugin API). fman was featured on BetaList. And a user submitted it to Product Hunt: 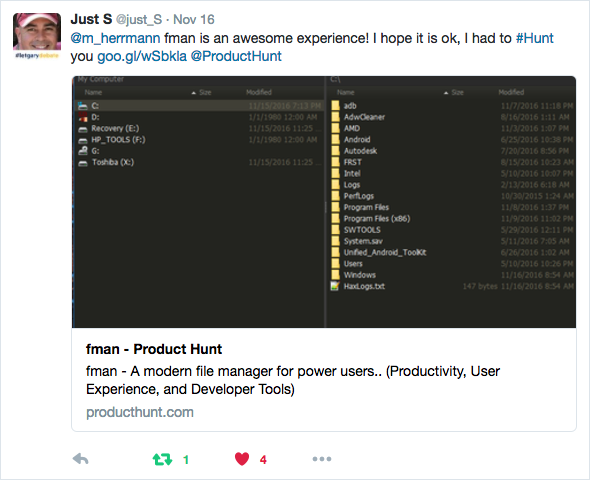 In November, fman was released for Linux, finally making it truly cross-platform. It looks quite gorgeous on Ubuntu: 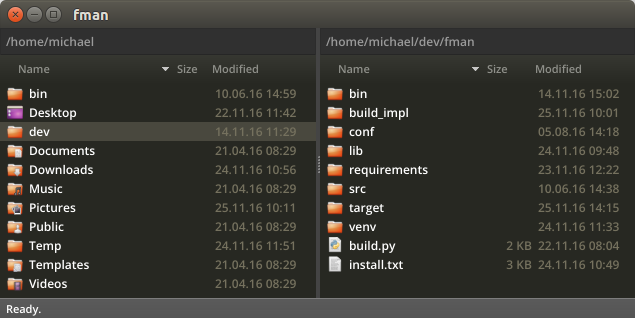 And then there is today, the day fman reached 1000 users. It's been a very successful first year. But I'm still nowhere near my goal of total domination of the file manager niche. So stay tuned! Lots of good stuff is still to come :-)

(You can still sign up for fman's closed alpha by clicking on the "Request early access" button on the home page.)